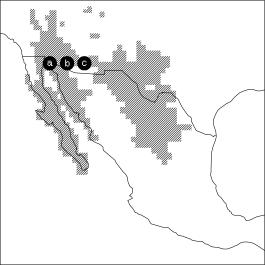 Historically, harsh environments characterised by extreme temperatures and rugged terrain, such as the Sonoran Desert at the US-Mexico border, have often been described as ‘natural boundaries’. While this representation ignores centuries of indigenous inhabitation and regional exchange, it has been instrumental to the harnessing of these areas as crucial tools of border control.

This is particularly clear in Southern Arizona at the border with Mexico, where the desert’s geophysical characteristics have been weaponised in the attempt to curb unauthorised migration. In 1994, the United States Border Patrol devised a new border enforcement strategy dubbed ‘Prevention Through Deterrence’ (Item 2). This tactic has involved the deployment of massive numbers of agents as well as so-called ‘tactical infrastructure’ (e.g., surveillance technologies, walls, or fences) along the sections of the border that are easiest to cross, usually around urban areas (Item 3). As a result, migrants have been intentionally pushed into areas that are more difficult to traverse, where their chance of survival drops dramatically due to extreme heat, the lack of water, and remoteness (Item 1). In this way, biophysical processes have been enlisted as constitutive of boundary making, alongside border guards, legal frameworks, and surveillance systems. As much of this region is conservation land, tensions arise between governmental agencies due to the incongruous goals of land management and border enforcement, often in the form of unauthorised disruptions to fragile soil systems by Border Patrol vehicles (Item 4).

This splintering and funnelling of migration routes towards longer and more perilous areas is one of the main mechanisms that has turned these environments into unwilling killers. At work here is a specific form of violence: one that operates in an indirect way, not only in the desert but through the desert.

Passage through Arizona’s Altar Valley has become a common route for undocumented migrants over the past twenty years. This is the direct result of the ‘Prevention Through Deterrence’ strategy, which by design forces migrants to cross into remote and dangerous regions of the Sonoran Desert. The geospatial analysis presented here attempts to capture and reveal the harsh materiality of this terrain. Variables such as slope, vegetation, ‘ jaggedness’, and ground temperature encapsulate the bodily inertia necessary for migrants to move by foot through this inhospitable landscape, where temperatures can exceed 48oC in the summer and there are nearly no natural water sources. This analysis is based on data meticulously recorded by the local humanitarian aid organisation No More Deaths/No Más Muertes, who strategically station caches of water jugs along known migrant paths, creating spaces of refuge within this hostile environment. 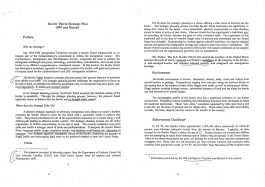 This is the first official document in which the notion of ‘Prevention Through Deterrence’ is outlined. Emerging amidst inflamed bi-partisan rhetoric of a ‘border out of control’, this border enforcement strategy targeted specifically areas of easier crossing, such as ‘twin cities’ (El Paso-Ciudad Juárez and San Diego-Tijuana) that straddle the international boundary. Dramatic inflations to Border Patrol’s budget, personnel, and technology in these cities were designed to push migrant routes into more hazardous terrain, primarily the arid deserts of Arizona as well as Texas, deemed ‘less suited for crossing and more suited for enforcement.’ What has resulted and continues to this day, is what the Arizona NGO No More Deaths/No Más Muertes describes as a ‘crisis of death and disappearance’, with thousands of unsolved missing persons reports and hundreds of sets of human remains discovered annually in the state of Arizona alone. 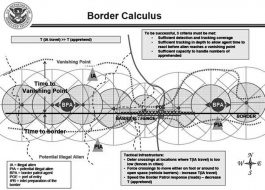 Border Calculus, a notion introduced in this congressional hearing on border control tactics, visualises how Prevention Through Deterrence is meant to be operationalised by creating spheres of detection and zones of (in)visibility. The temporal plane depicted in this computational matrix is superimposed onto the terrain of the borderlands; the vast arid expanses between areas of easiest passage become a tool within the surveillance apparatus used to critically slow migrants’ journeys, thereby elongated the space between the ‘border incursion’ and ‘vanishing point’, when a migrant can no longer be detected by Border Patrol. The diagram exhibits the tactical and theoretical framework by which migrants appear and disappear out of the aesthetic regime of border enforcement.

The Cabeza Prieta National Wildlife Refuge, located in the Sonoran desert and along the border with Mexico in Arizona, is a designated wilderness area and home to endangered species and fragile soil systems. Since dramatic shifts in US border policy in the 1990s, the Refuge has become the site of perilous migration routes across the border and ongoing negotiation and cooperation between the Fish and Wildlife Service, who manages the land, and US Border Patrol. One distinct source of tension between the agencies is the frequent vehicle incursions by Border Patrol agents across protected wilderness, which is understood to far exceed any ecological damage caused by unauthorized vehicles related to border crossing. The incursions compact old soil systems, redirect water flows, destroy plant life, and trigger erosion–impacts on delicate habitats that could in some scenarios take centuries to fully recover. Here, photographs obtained through a recent Freedom of Information Act request show the counter-surveillance practices of the Fish and Wildlife Service documenting instances of Border Patrol’s disregard for existing memorandums and conservation protocols in their efforts to securitise this vast, harsh, and ecologically abundant environment.